Leadership in the Digital Century 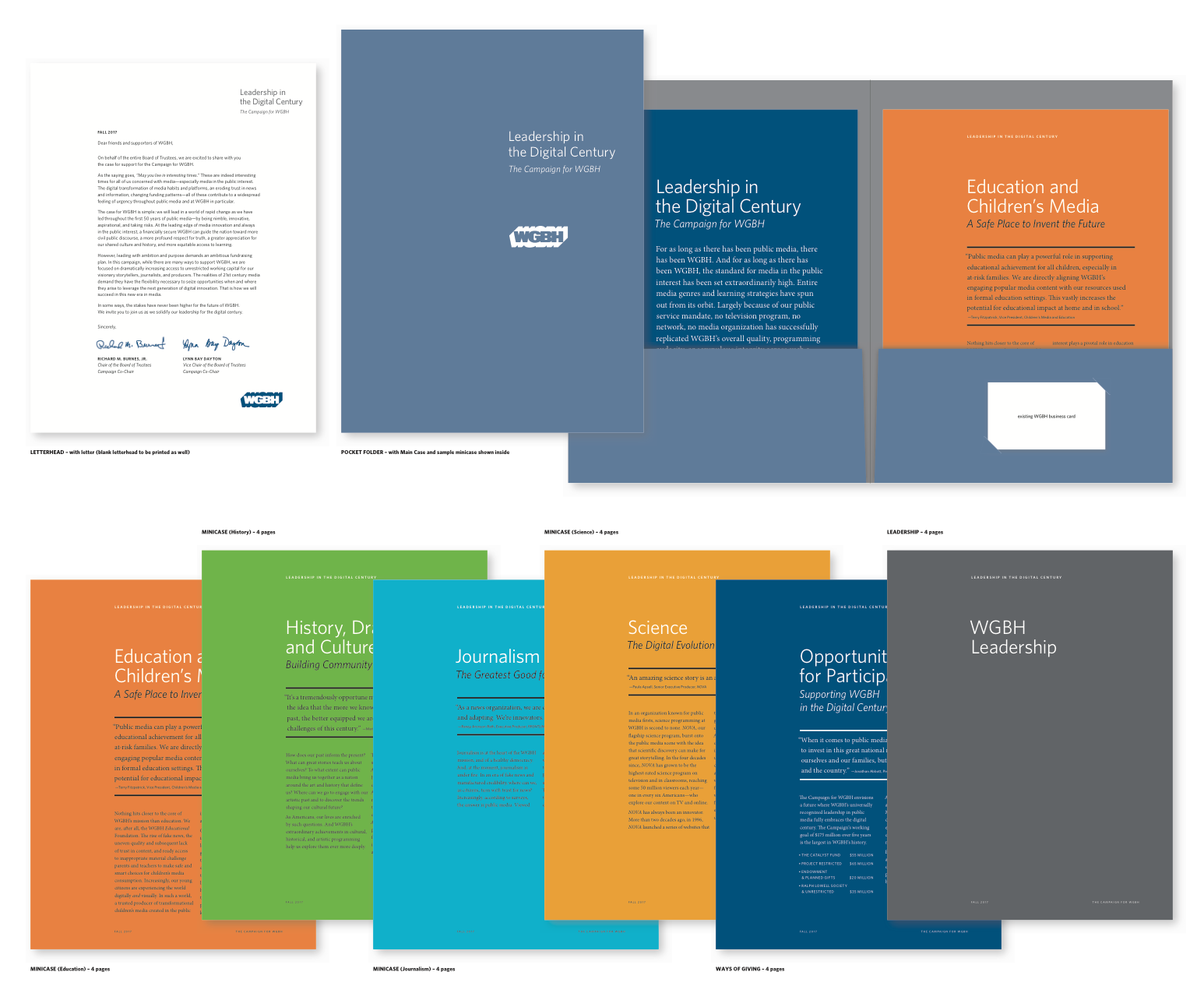 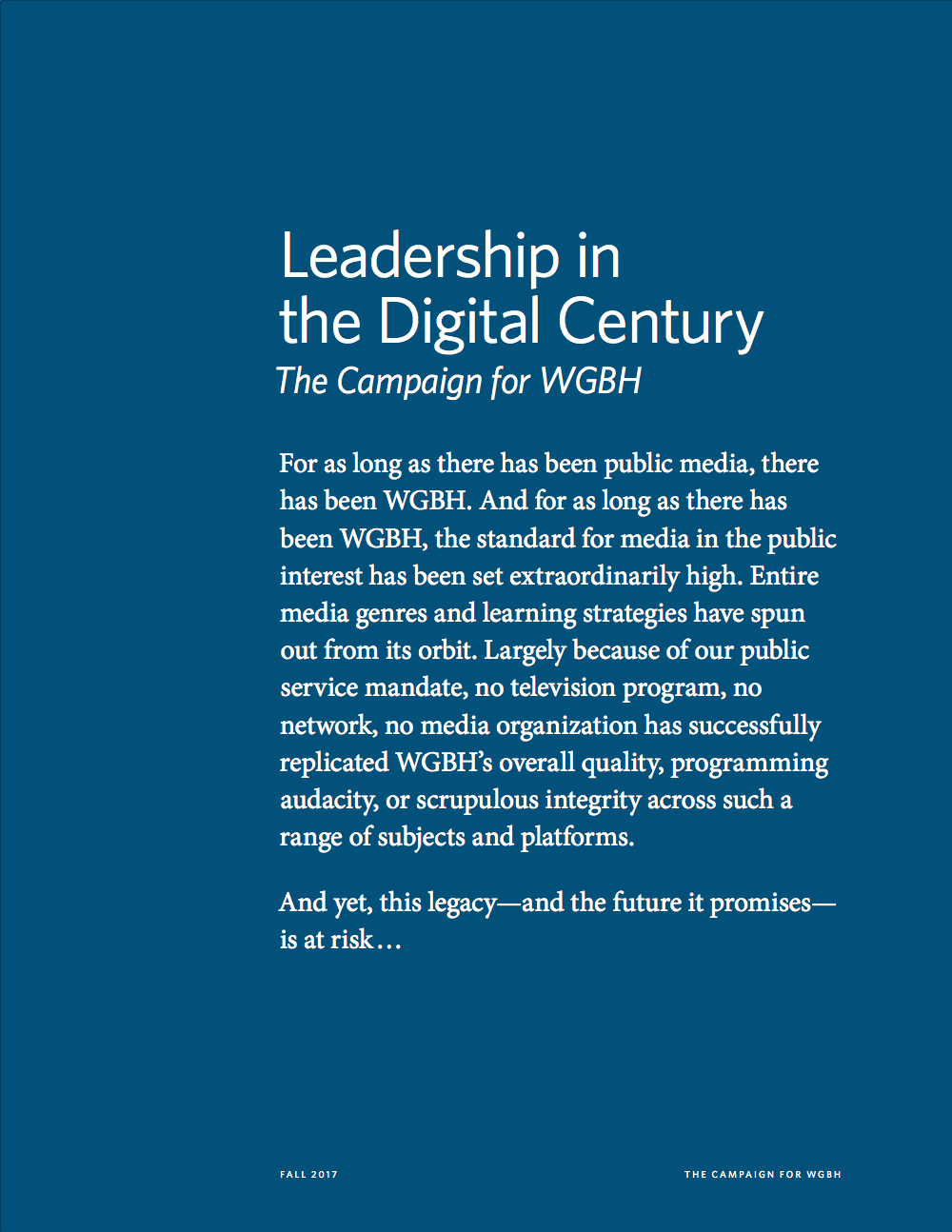 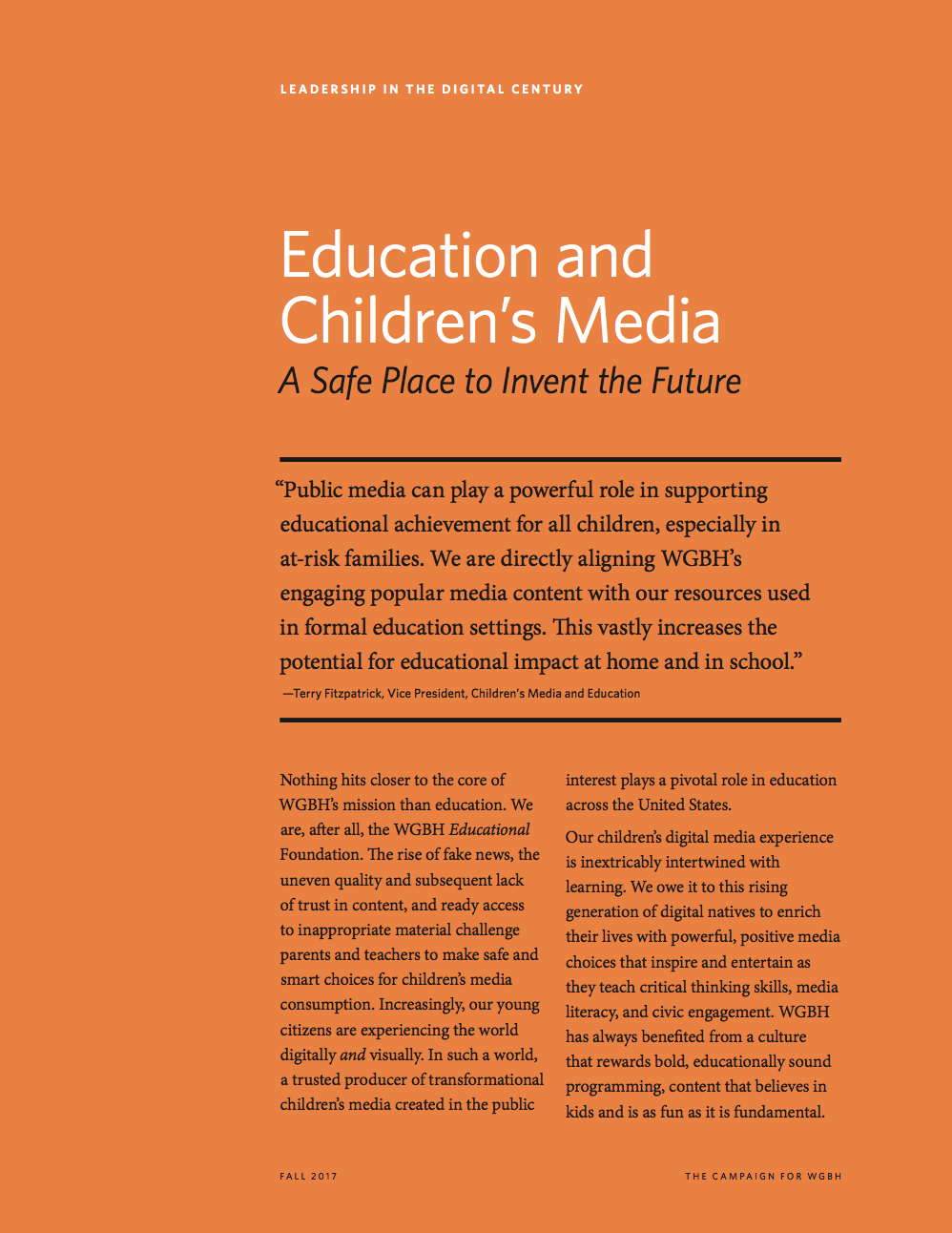 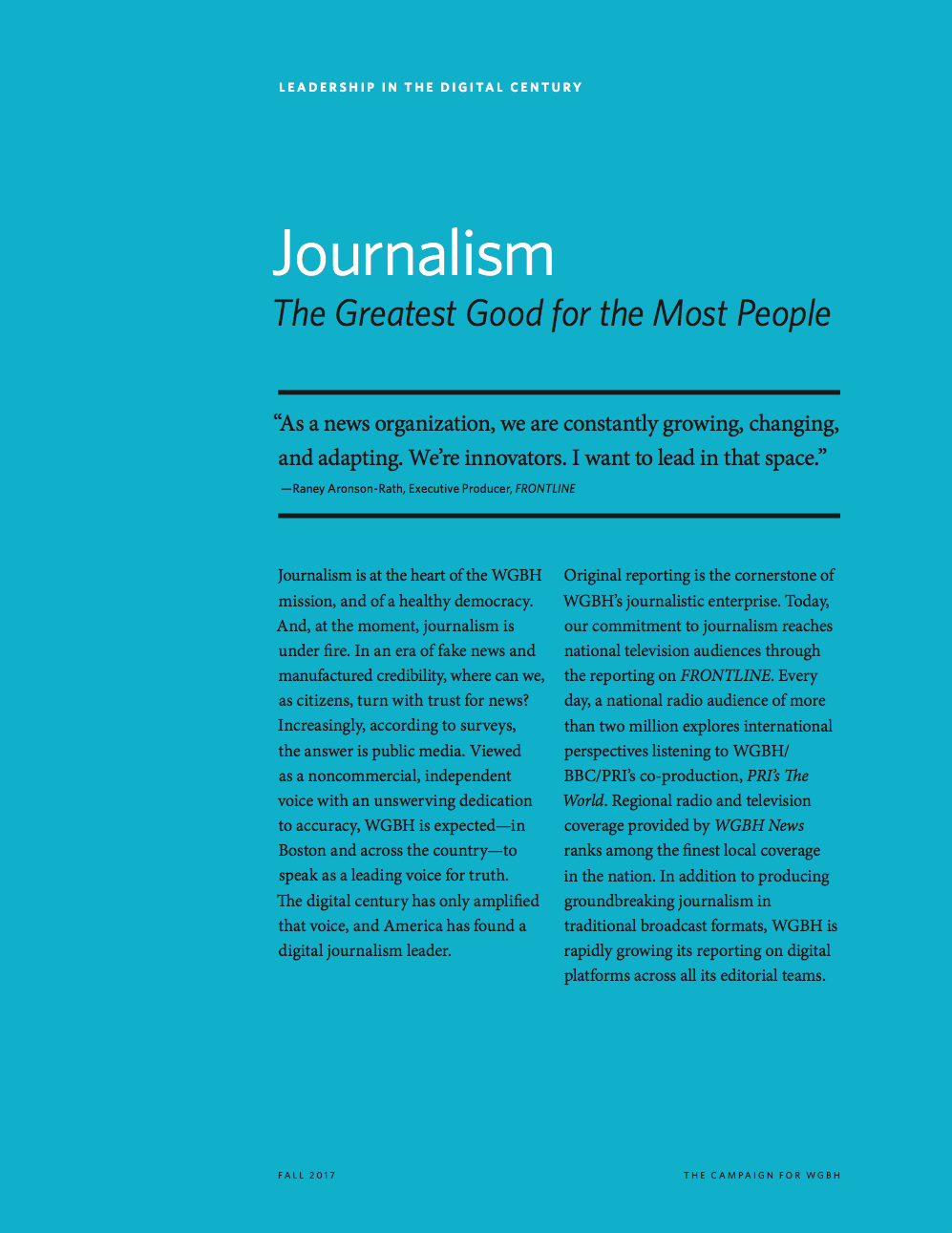 Next, we organized the case into a modular kit of foundation documents. These comprise an overview case for support and mini-cases for each area of funding priority, namely education;  journalism;  history, culture and the arts; and science.

Elegantly designed by Skelton Design, the modular kit of parts provides campaign leadership with a flexible and cost-effective tool for personalizing the campaign to individual donors.

"It is a new moment in media, and WGBH intends to make it momentous."