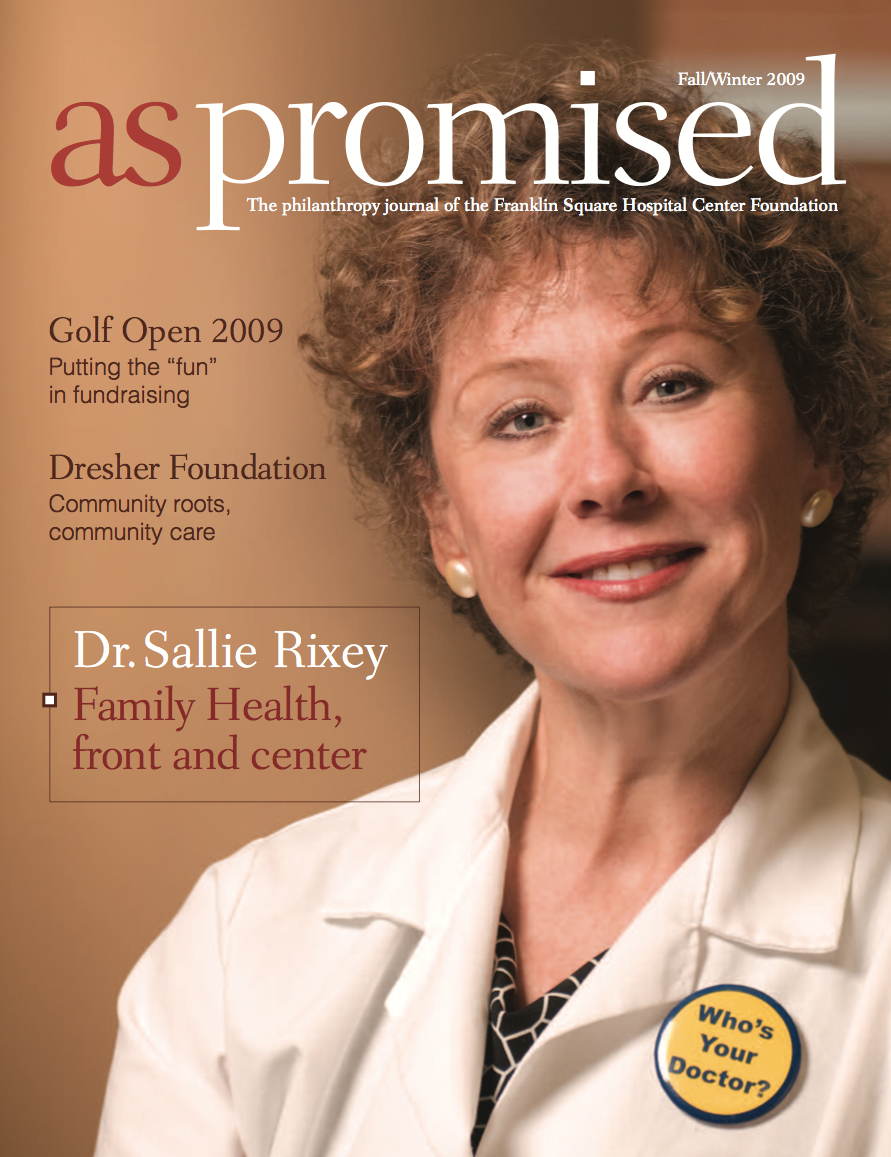 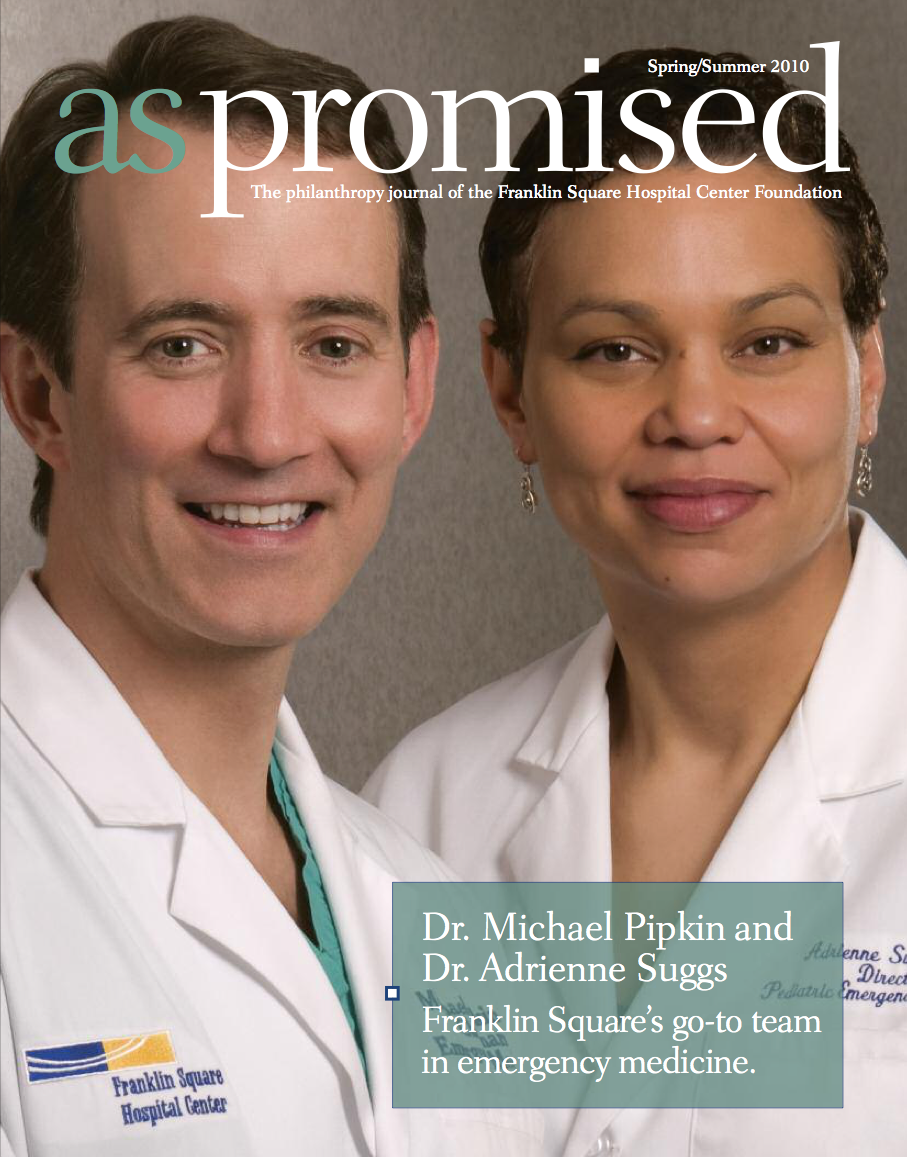 as promised
as promised was a magazine developed in 2009 for Franklin Square Medical Center Foundation, now MedStar Franklin Square. I worked with Sky Design to name the magazine in support of a multimillion dollar capital campaign already in progress named Keeping the Promise. Through profiles and articles, primers and house ads, the magazine showed how philanthropy involves and benefits everyone in the hospital community. Serving as editor, I oversaw a team of three writers and worked with the designer to publish each issue.

"Question: If you really want to help someone, where do you start?"